Among the world’s largest nations, the U.S. has by far the highest rate of startup investment relative to population. Over the past year, venture investors put nearly $270 billion to work—averaging out to around $800 for every person in the country.

But among all countries, the U.S. ranks fourth in per capita startup investment. The No. 1 and No. 2 slots go to Singapore and Israel, two smaller countries that punch well above their weight class for tech-driven entrepreneurship.

Another standout that requires a bit of explanation is the surprisingly high ranking for Estonia. This is pretty much entirely due to Bolt, the multinational ride-hailing, delivery and microbility platform that is headquartered in the capital city of Tallinn and raised nearly $700 million in its last funding round in August. 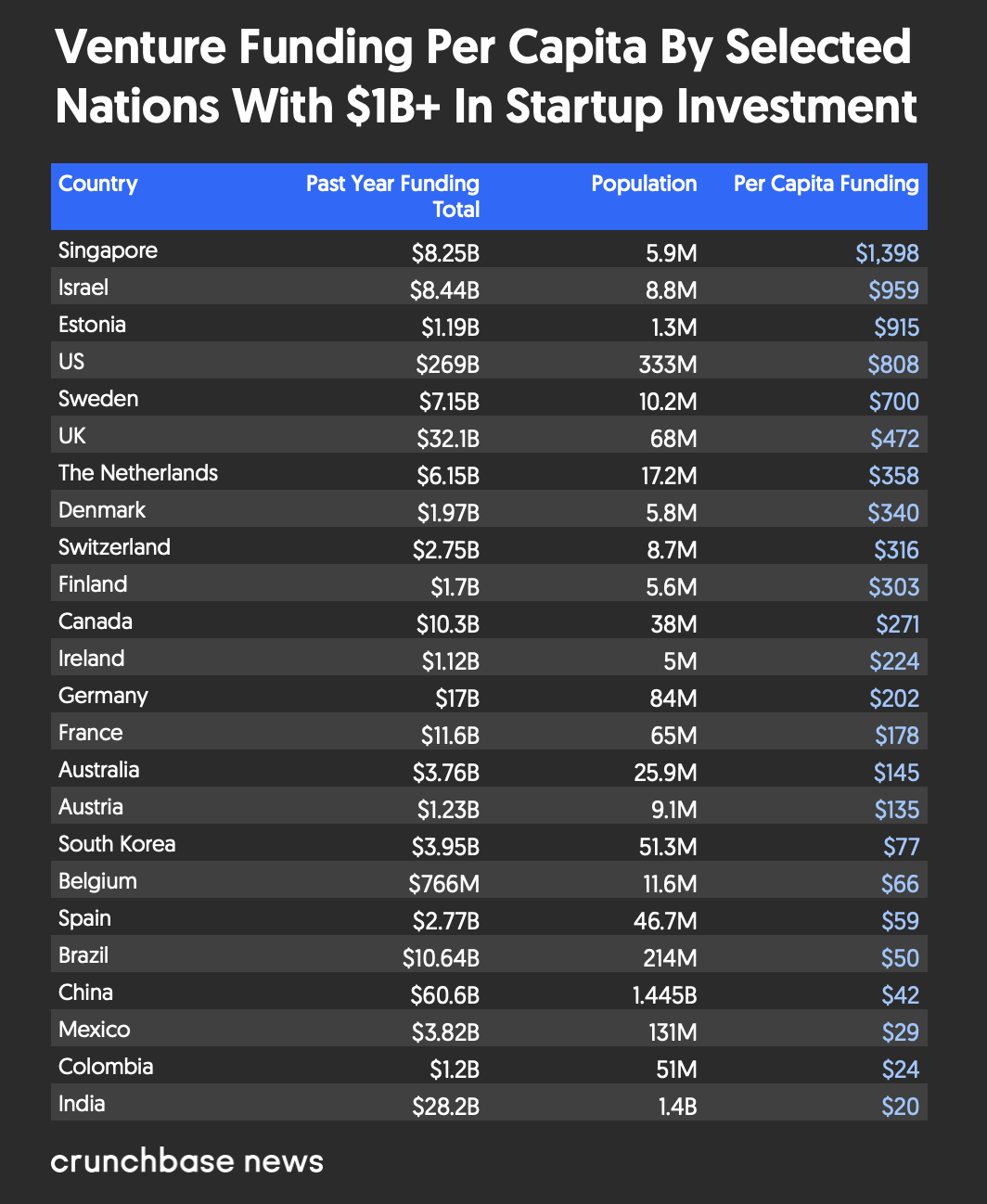